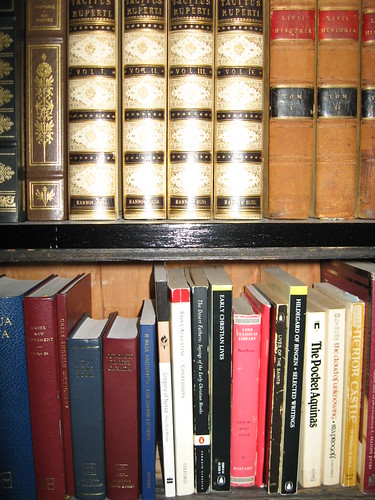 Several months ago, I loaned my copy of Eirik the Red and Other Icelandic Sagas to a friend. One day, in conversation, she mentioned one of the sagas and what was happening. And I had no idea what she was talking about. I had read the book last year in Germany, but even now I can remember few precise details of the sagas contained therein.

The problem was that I had read it too quickly. I hadn’t digested it. I had read it with little attention, flitting through the German countryside on the train or sitting at Burger King in the Leipzig Hauptbahnhof waiting to visit the next city on my tour of German libraries. I hadn’t read it thoughtfully and carefully and reflectively.

This happens a lot, I think, especially to those of us who read a lot. Sometimes you don’t process everything as much as it deserves. You just plough on through even though you may not remember what you’ve just read by the next day or next hour, even.

Some of us do a roundup of how many scores of books we read each year. It’s sort of like back in junior high when readers would show off by discussing how long some book they’d read was. Or, if their own prowess was not enough, some guys would brag about their brothers. I remember one guy proclaiming with pride, ‘My brother has read Shogun!’ And that book clocks in at 1152 pages, according to Goodreads. So there. My brother’s a better reader than you.

I think there’s something to be said for competently reading a long book. They tend to be more complex than short ones, athough some of them may just be one thing after another. But reading City of God or The Lord of the Rings is more complex than reading The Confessions or The Hobbit. That’s just the way a well-written long book is — it works out to be more complex than a shorter one by the same author, the space allowing for greater complexity.

And so I’ve been trying to become a bit more of a thoughtful reader, pausing between and during books. That’s why more Goodreads reviews have been appearing on this blog lately. I want to find articles and stuff online, too, if I have time. To really absorb and appreciate the books I read. I’ll probably end up reading fewer, but the ones I read, I’ll read better.