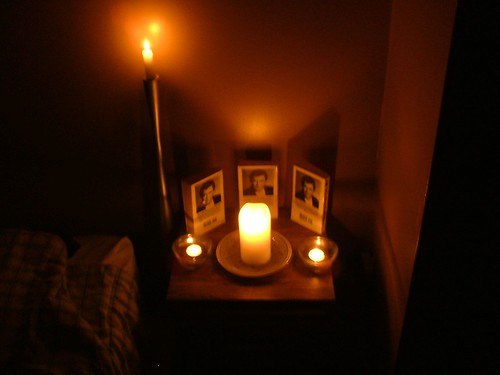 Fantasy — I liked fantasy first, being drawn to Narnia as a young boy and The Hobbit at age nine. The worlds of Lewis’ Narnia and Tolkien’s Middle Earth still have a hold on me, although I have also enjoyed Stephen R Donaldson’s Chronicles of Thomas Covenant, Susannah Clark — both Jonathan Strange & Mr. Norrell and The Ladies of Grace Adieu — as well as the children’s fantasy of Lloyd Alexander.

I also like liminal fantasy — perhaps ‘science fantasy’, such as many of the works of Ray Bradbury, Madeleine L’Engle’s Time Quintet (A Wrinkle in Time being the first), and C S Lewis’s Cosmic Trilogy. Less fantasy but still with a fantasy ‘feel’ are the Pern novels of Anne McCaffrey. Which brings me to:

Science Fiction — I read some Monica Hughes as a kid, so from there I moved on to other things, at my brother Michael‘s recommendation, such as Ray Bradbury. And then I would just browse the public library. I favour, to this day, Isaac Asimov and Ray Bradbury.

And, of course, comic books dip into both genres, including superhero books. Captain America — sci-fi. Captain Britain — fantasy. Iron Man — sci-fi. Thor — fantasy. Superman — sci-fi. Wonder Woman — fantasy. Others, such as adaptations of mythology, dip into fantasy that way, whereas Doctor Who comics dip into sci-fi.

But I like films more than comics — I’ve seen quite a few superhero films as a result. I am a fan of Star Trek and the original Star Wars trilogy. I liked The Lord of the Rings trilogy, and as kids we really liked Krull and still like The Princess Bride. I also like Alien but prefer Aliens.

Posts about science fiction or fantasy

Besides the category of science fiction and fantasy, here are some posts to check out.

Don’t miss my series on Beowulf and The Hobbit:

Ray Bradbury, the man who will live forever

Thoughts on the Five-film Run-up to The Avengers

Han Shot First — and Why It Matters