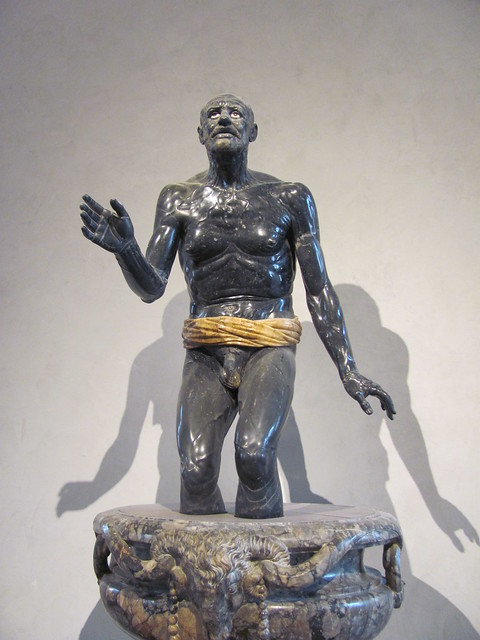 Not actually Seneca, but usually called so. In the Louvre, my pic.

My friend and fellow ancient historian Katie posted a link to an article on brain pickings called ‘The Shortness of Life: Seneca on Busyness and the Art of Living Wide Rather than Living Long.’ Seneca was a very clever guy, and — as often happens when I read Stoics — his words are convicting. A lot of daily life is devoted to toiling at work rather than living in it, and then procrastinating, and then mindless relaxation.

But what is the point of life? And what are you going to do with yours? Are you going to escape your Facebook feed and Netflix to go and live your life, seeking deep and wide living instead of shallow and narrow living?

I fully intend to. So here are my top three goals in living:

Each of these requires its own disciplines and attentiveness, but they can all work together. Number 3, interestingly enough, can be worked through 1 & 2 to a degree, and number 1 manifests itself in the totality of one’s life, thus drawing 2 & 3 into its orbit. Because of the subject matter of my interest, 2 feeds into 1, and, when practised well, into 3 as well.

If I wish to write fiction, however, number 3 will require time other than what is spent on 1 & 2. Part becoming a fiction writer is reading fiction, so that part of my training as a writer is well under way. I just need to, well, write fiction!

But what about true leisure? Seneca would say that leisure time should be devoted exclusively to philosophy — that is, in my scheme, number 1. However, I think he is wrong on this point, and his own corpus of writings bears out his inability to live up to such a high, intense Stoic paradigm, given that he wrote tragedies as well as philosophy.

Instead, I follow Dallas Willard’s book The Spirit of the Disciplines wherein he argues that we need real time to just relax if we are going to make it in the rest of our lives. Time to play a sport or make music or watch TV or read a novel or whatever — just because you want to. No ulterior motive.

So, now, go read the recommended article. Then go and truly live.